A quick view of the most influential metrics in Atascocita.

One of the fastest growing residential neighborhoods in the nation, Atascocita, Texas is located in the northeastern part of Harris County, eighteen miles northeast of downtown Houston. Six miles east of Humble, Texas, Atascocita is bordered by Lake Houston and is home to many parks, golf courses, country clubs, and over 15 established neighborhoods. The Atascocita area has been inhabited before Texas was a state, grown into a well established area, and continues to mature in development and diversity. 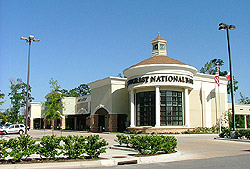 Atascocita, Texas is positioned north and south of F.M 1960. This road is the most east-west route in the region connecting San Antonio, San Felipe, and other parts of South Texas to Louisiana. It was originally named Atascocita Road or Atascocita Trail and was established by the Spanish explorer, Alonzo Deleon, for military and trade use in the early 1700’s. In 1757 the Atascocita Settlement was created as a fort to prevent the French from trading with the Indians. While Spanish attempts to spread Christianity throughout Texas missions ultimately failed, by 1820 Atascocita Trail became the most extensively traveled road in Texas. There is even indication that this trail was used for driving cattle to Louisiana to feed the American soldiers. 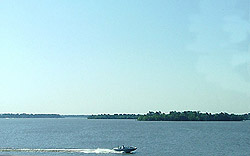 Fast forward to 1951 when construction of the 12,240 acre man-made Lake Houston began. Engineered by Ambursen Engineering, a company specializing in dams, Lake Houston is held by the San Jacinto Dam and lies 43.8 feet above sea level. Construction was completed in December of 1953 and the lake is crossed by the Missouri Pacific line, and the McKay Bridge at F.M. 1960. The lake is owned and operated to this day by the City of Houston for civic, irrigation, and recreational purposes.

View our selection of available properties in the Atascocita area.

Check out the latest demographic information available for Atascocita.

Learn more about schools near Atascocita complete with ratings and contact information.

The Best in Atascocita

Browse through the top rated businesses in the most popular categories Atascocita has to offer.